How Pollination is Important to Bees 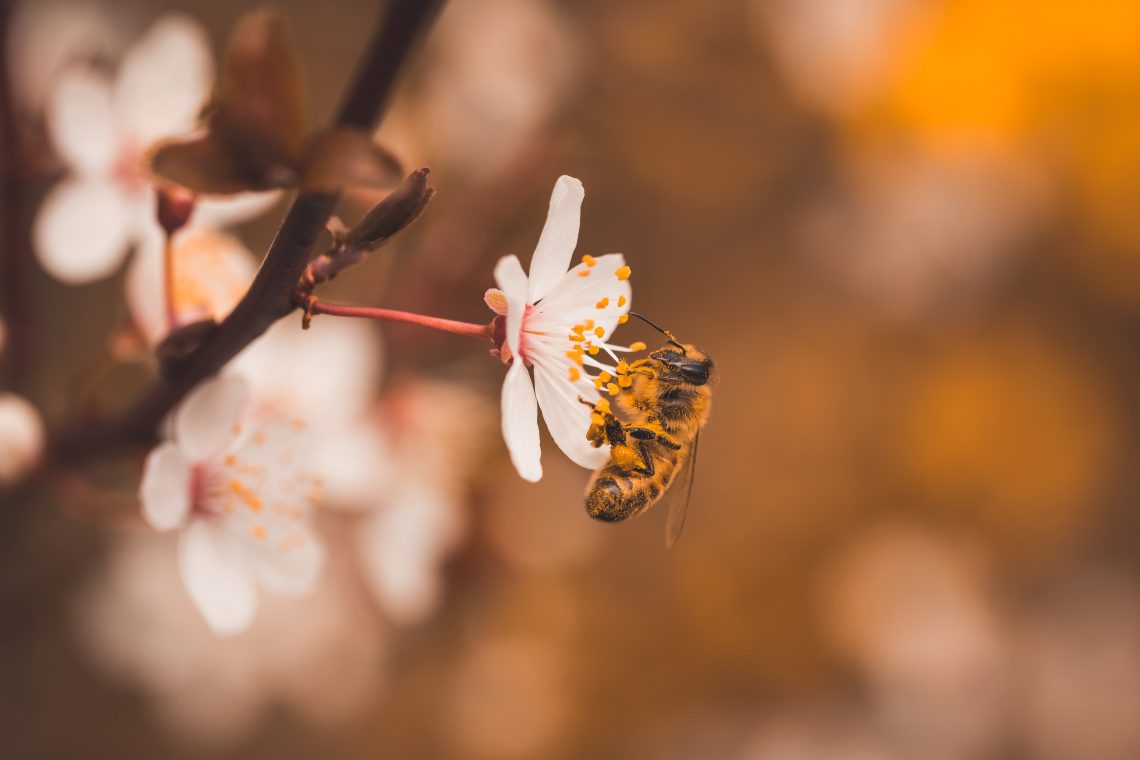 How Pollination is Important to Bees

It has often been said that bees are responsible for one out of every three bites of food we eat. Most crops are grown for their fruits, nuts, seeds, fiber, and hay, which require pollination by insects. Pollinating insects also play a critical role in maintaining natural plant communities and ensuring the production of seeds in most flowering plants. Pollination is the transfer of pollen from the male parts of a flower to the female parts of the same species, which results in the fertilization of plant ovaries and the production of seeds. The primary insect pollinators, by far, are bees. While European honey bees are the best known and widely managed pollinators, hundreds of other species of bees, primarily solitary ground-nesting species, contribute some level of pollination services to crops and are very important in natural plants communities.

Bees make excellent pollinators because most of their life is spent collecting pollen, a source of protein that they feed to their developing offspring. When a bee lands on a flower, the hairs all over the bees’ body attract pollen grains through electrostatic forces. Stiff hairs on their legs enable them to groom the pollen into specialized brushes or pockets on their legs or body and then carry it back to their nest. Individual bees tend to focus on one kind of flower at a time, which means it is more likely that pollen from one flower will be transferred to another flower of the same species by a particular bee. Many plants require this kind of pollen distribution, known as cross-pollination, to produce viable seeds. The business of collecting pollen involves a lot of energy, and so many flowers attract and reward bees with nectar, a mixture of water and sugars produced by plants.

Most bee species dig nests in soil, while others utilize plants, either by boring holes in pithy plant stems or wood or by nesting in galleries made by wood-boring beetles in trees or other preexisting cavities. Bumblebees are known to nest in abandoned rodent burrows, and feral honey bees are known to nest in tree hollows. Bees use a variety of materials to build their nests. Most bees line their nest cells with a waxy material they produce themselves, but others use pieces of leaves, small pebbles mixed with resin from tree sap, or mud to form the cells they lay their eggs.

Bee communities, both wild and managed, have been declining over the last half-century as pesticide use in agricultural and urban areas increased. Changes in land use have resulted in a patchy distribution of food and nesting resources. Concerned bee researchers recently met to discuss the current pollinator status in North America and to publish a report about it. Since 2007, there have been several reports in the media about the mysterious disappearance of large numbers of honey bees called colony collapse disorder. This has many growers concerned about how they will continue to be able to pollinate their crops. Now more than ever, it is critical to consider practices that will benefit pollinators by providing habitats free of pesticides, full of nectar and pollen resources, and ample potential nesting resources.