Common Locations for Wasp Nests at Your Home or Business 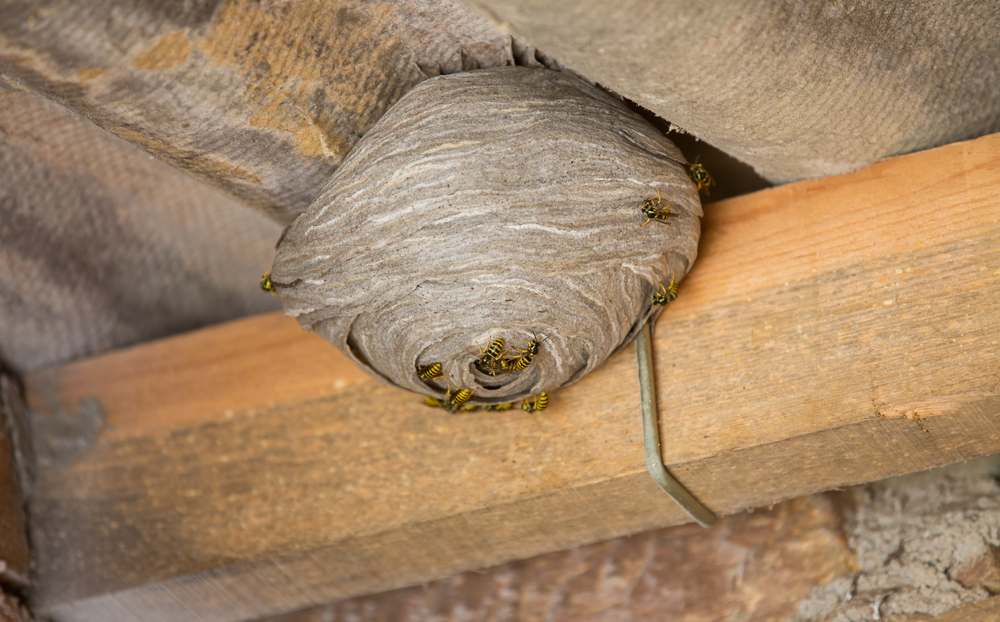 One of the most common insect problems in Texas during the spring and early summer is that of the wasp nest. It is usually very clear that you have a wasp problem, but by the time you do, a nest has most likely already formed, and the wasps can already be creating a sense of danger around your home. If you think you may have a wasp problem, take a look at some of these ways that you can identify the wasps, where they are nesting, and what to do next!

What’s the Difference Between a Wasp and a Bee?

Understanding the fundamental differences between bees and wasps is essential when examining what type of infestation you may have. Yes, they are both members of the Hymenoptera family of insects, but the main difference is their physical bodies.

Bees may be entirely black or brown with orange/yellow striping patterns. Honey bees are hairy, and wasps are usually smooth-skinned. Wasps also have a narrower frame and maybe more brightly colored than their bee cousins, sporting black and yellow vibrant patterns.

Track the Wasps to Their Nest

Once you start to see wasps buzzing around your residence or business regularly, you should take a few minutes to watch the wasps from a safe distance. You want to care for what they are feeding on and where they float away after they have provided.

It might help place some food like canned tuna to get a quicker idea of where the wasps are nesting. Remember, although there are several horror stories about wasps’ aggressiveness, these are not naturally aggressive creatures. They are merely out to build and protect their home, even if it is in an area that is not pleasing to you.

Wasp Nests Are Found in Different Locations High and Low

Once you’ve identified and baited your wasps, now is the time to find out where they are going. After a few minutes of safe observation, you should have a clear idea of the direction of the nest. Most wasps will funnel into a hole in a nest that rests under the eave of a house. You will want to check your porches and corners for this problem.

In some parts of the world, wasps are even known to build their nests in hollow underground areas. This is done to protect the insects from excessive heat and rain. These types of nests can be found in between walls or in tree stumps.

Are you removing Your Wasps? Don’t Get Swarmed! Call the Professionals

Even though we previously stated that wasps are generally non-aggressive creatures when you go poking around a nest, be prepared to be stung numerous times. Exterminating wasp nests can be dangerous in that sense, and if you are using poisons to eliminate your problem.

Avoid the DIY hazards altogether and give the professionals at Bee Safe Bee Removal a call. We have the experience to handle your wasp problem safely and efficiently. Give us a call to find out more about our services and schedule an appointment.