The Invasion of the Murder Hornets 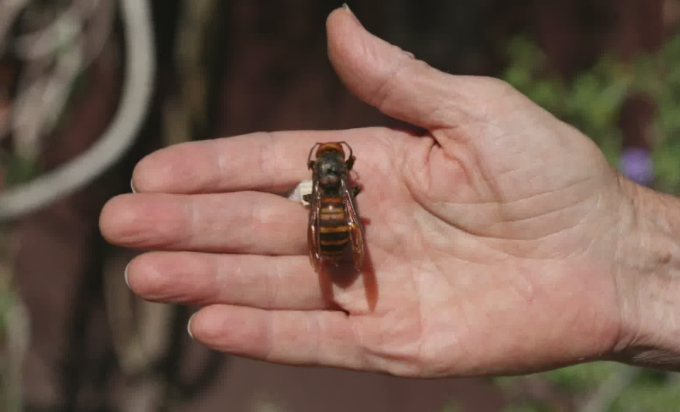 Are Murder Hornets in Texas?

2020 was a crazy year; what was even crazier is introducing the “murder hornets,” also known as the Asian Giant Hornet (Vespa Mandarinia). They are the largest in the world. On average, they can get up to 2-inches long and have a 3-inch long wingspan.

Native to Japan, Taiwan, and other Asian countries, these giant hornets are more aggressive with a powerful stinger. The venom of the Asian Giant Hornet has eight various chemicals making it more potent than any bee sting. Unlike a honeybee, the Asian Giant Hornet can give multiple stings because it is smooth with no barbs and challenging to perform a hornet removal.

An easy way to identify an Asian Giant Hornet is by its distinct orange head. The body has dark brown and yellow stripes all over its body. They are attracted to tree saps and are known to eat entire beehives. Asian Giant Hornets use their mandibles to attack prey instead of their stingers.

Honeybees play an essential role in the environment. This introduction of a new predator will bring a lot of damage to our ecosystem.
The misconception that this hornet can kill comes from the exceedingly rare cases where people die from anaphylactic shock. In Japan, these hornets are part of the daily diet being fried or used for cooking.

Fortunately, there have only been reports in Washington state. Other cases of the “murder hornet” have been different species of wasps and bees that people fail to identify correctly. In Texas, cicada killers are often mistaken for murder hornets because of their size. They are solitary wasps in the family Crabronidae and fly low to the ground.

How to get Rid of a Hornet’s Nest

So, plan your strategy. Make sure you have a thick garbage bag and thick clothes if you want to treat your area. An attack after sunset gives you a better opportunity to combat hornets because they will be less active during this time. While the sun sets, be careful to use any light source. Hornets can not see in the dark, so that a light source will frighten them, and they will start attacking.

We do more than Hornet Removals

While murder hornets do not relatively live in America, we will still do hornet removals any time. Any problems or encounters with cicada killers, wasps, honeybees, or hornets, call Bee Safe Bee Removal for a same-day hornet removal. We can take care of the issue, and you don’t have to risk your safety!